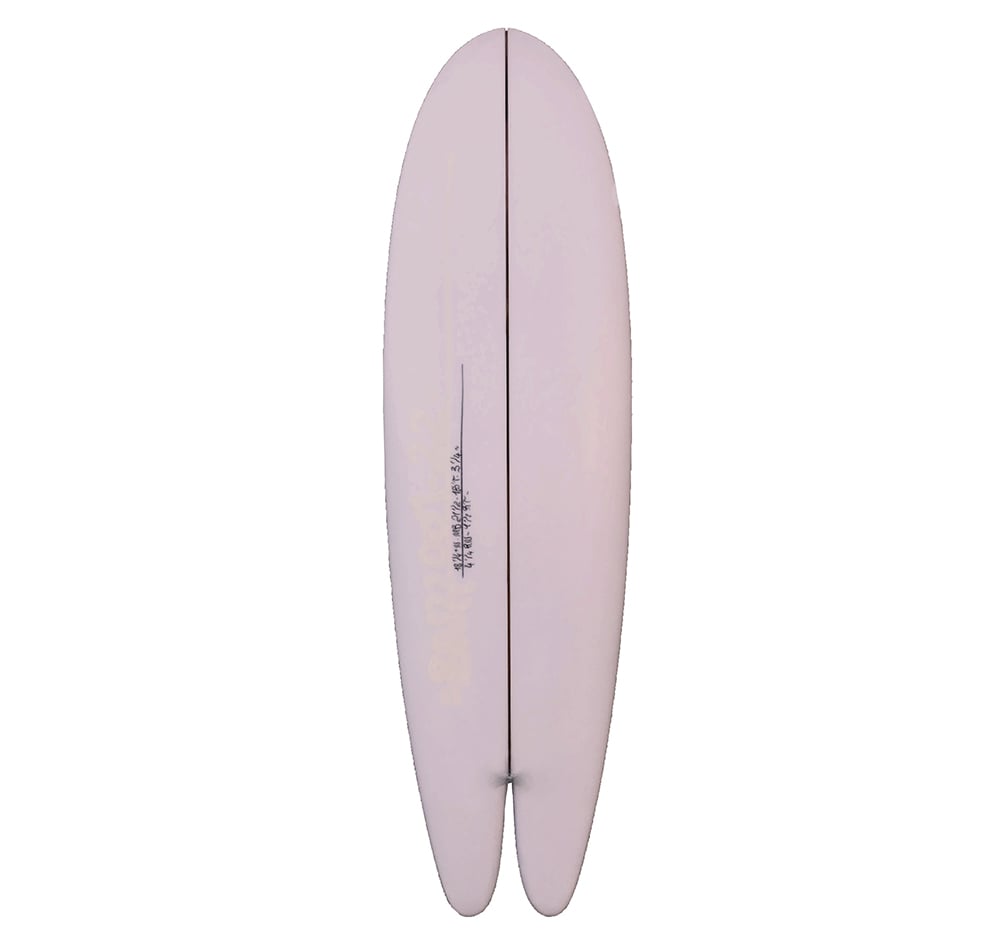 The idea is driven on using the concept of the Mirandon Brothers, with having “two tails” instead of a regular swallow tail. That will provide an efficient planing surface on the rear foot part, without spinning out. The two “baby round tail” will provide more hold and more pivot. Each “tail” get a single concave to give more hold and a slight lift. Evolving to a full belly. Those two tails which are extremely flex, will act as a Flextail to help the low tail rocker to be variable. Tried it first as a single fin with a narrow base, The single fin was not giving enough drive and I couldn’t really push my bottom turns as I wanted. Realized the board really needed drive on the side part, and if I wanted to follow the concept of the Mirandon Brothers of having « two tail » I would then need two fins. I have then grinded the single fin and worked on a design of twin fins. In the pursuit of my research with the Parlementia Hull fin, I have reused the same kind of outline but smaller and gave it more rake and so way more flex. Tried it the day after on a clean and uncrowded Lafitenia. I could feel on the first wave as it was it! Way more drive and responsive turns. The fins really provided a quick projection out of turns. The board hold perfectly in hollow waves and goes extremely fast. Really felt the displacement hull as well.