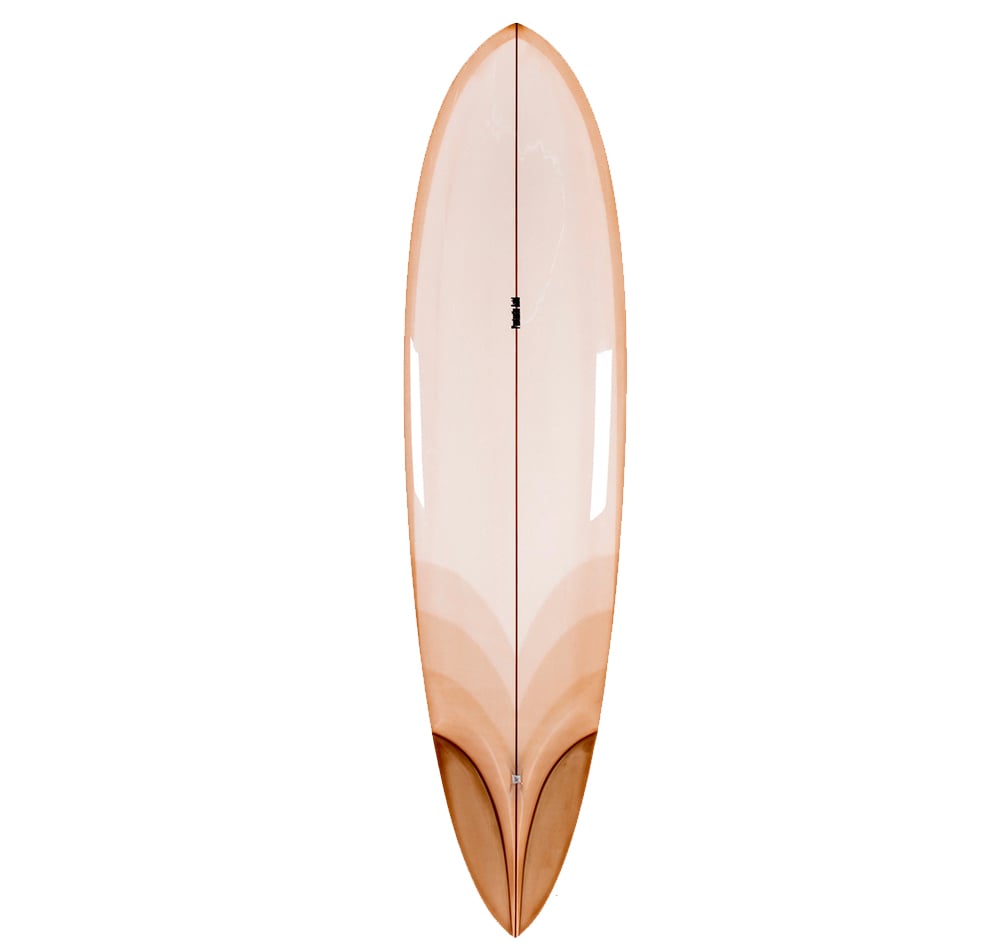 The Torsional tail is a stiffer Flextail made for powerful waves.

The Flextail remains an equally fascinating concept and inseparable from the hull movement. It is the closest way to get the slide Greenough was experiencing, surfing standing up. The Flextail, a variable rocker concept, is adaptable to any sort of board that has zero tail rocker down. Although it will never replace a real tail rocker, usually starting from the wide of the board and evolving slightly to the tail. On the other hand, it creates a kicktail, existing only when necessary. Indeed, a board with a very tight or even nonexistent tail rocker offers a larger gliding surface and creates less turbulence so the board will be faster. Extremely fast. However, a board without a tail rocker is very complicated to turn. due to the lack of lift given by a tail rocker. Above because of resistance caused by too large a gliding surface, it doesn't allow the board to swing and keep the nose out of water or to engage in a new direction. The Flextail acts on a bottom turn or a cutback. It follows the shape of the wave, eliminating all resistance, creating a variable rocker. Which, once the bottom turn or cut back is completed, will return to its initial shape. Leaving the board again with a zero tail rocker. And engaging a perfect trim thanks to the back 3/4 of the board, flat, where no rocker or point of rupture can hamper the speed. It is nevertheless very complicated to have a satisfactory result if the surfer wishes to surf all types of waves with the same Flextail. Each specific flextail should be used for a specific type of wave. The power of the wave surfed determines the stiffness of the Flextail.